The narrative of over-supply and under-performance in Brisbane units has dominated conversations around south-east Queensland property for almost 5 years. 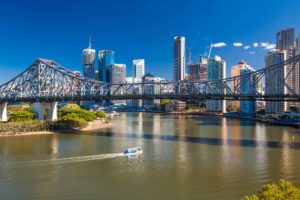 But the latest data on property values, construction and population growth suggest that the story is changing.

It is worth noting that over-supply is very much a unit-centric story.

Houses across Brisbane have actually seen quite strong capital growth returns in the past few years, except for a brief, cyclical downturn over part of 2019.

In the previous trough-to-trough cycle that lasted between 2012 and 2019, annual house value growth outperformed unit growth by an average of 290 basis points.

This is larger than usual discrepancies, and is above the series average difference of 130 basis points.

In other words, the past cycle saw units significantly ‘under-perform’ relative to housing stock in Brisbane. 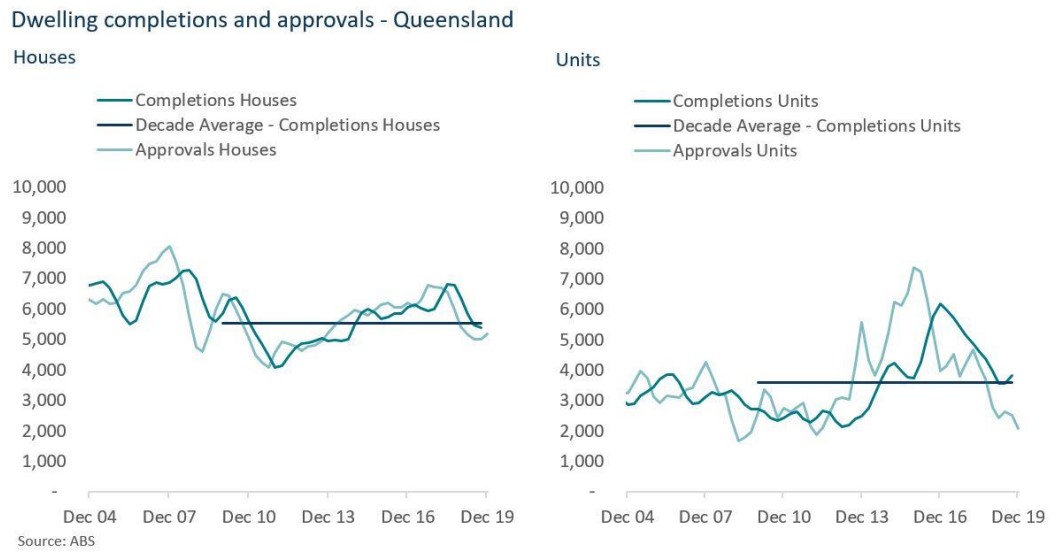 2016 was a time when units were being built across Brisbane at an unprecedented level.

ABS completion data suggests 21,342 units were completed, against a historic average of 11,585 per year.

It is difficult to understand the exact impact this supply has on the Brisbane unit market, given that ABS completions data is currently unavailable beyond a state level on a quarterly basis.

However, cross-referencing the approvals dataset with the ABS data by region series, suggests about 75% of state-wide unit construction was centred within the Greater Brisbane metropolitan region.

The time series suggests that the lag between approvals and completions varies from about 1-2 years.

Since 2015, unit approvals have been moderating in response to subdued capital growth performance.

The latest quarter of data shows approvals are 46% below the decade average of approvals.

This means the delivery of new units across Queensland is likely to be subdued over 2020. 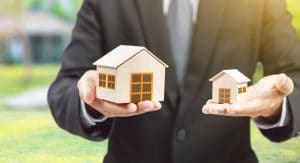 CoreLogic project data suggests unit completions across Brisbane over 2020 will average about 4,000 per quarter, reflecting the long-term average.

But supply is only one side of the story.

Looking at how population growth has tracked relative to unit completions brings further clarity to value declines in units over 2016.

The figure below shows ‘housing demand’ relative to completions across Queensland.

Housing demand represents the number of dwellings needed to accommodate additions to population at each quarter, divided by household density of 2.6.

The housing demand is presented as a rolling annual average.

Future housing demand is also estimated based on the Queensland government ‘median’ scenario of population projections, suggesting about 8,000 dwellings are required to house the growing population each quarter to June 2021. 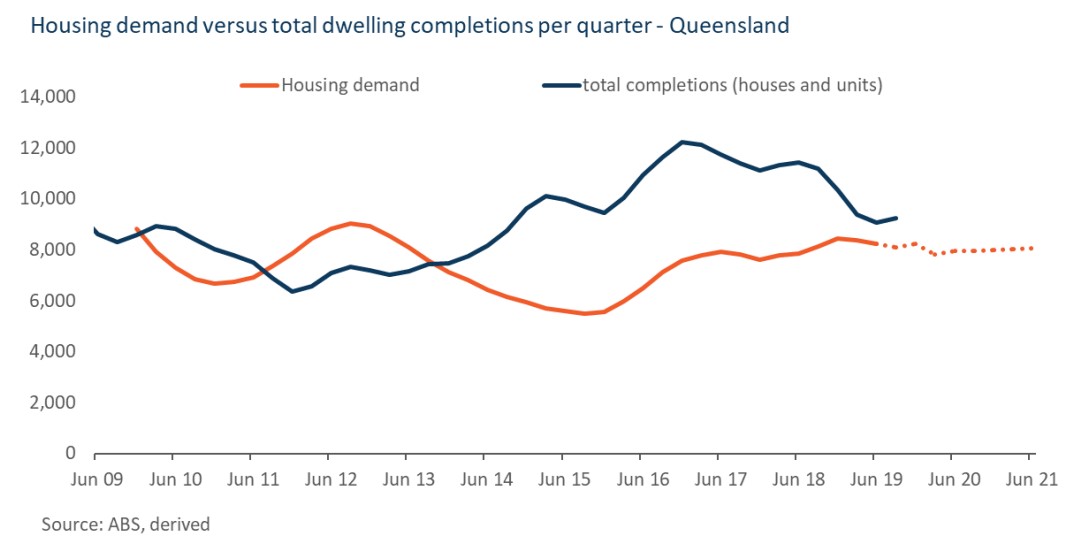 There has been a convergence between the number of dwellings required and supplied since the start of 2018. 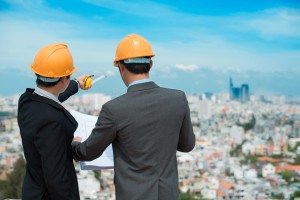 With approvals data suggesting a decline in construction, and steady estimates of population growth, Queensland dwellings may fall into undersupply in the year ahead.

Rental yields are also well above the capital city average at 5.3% gross, meaning there could also soon be a turning point in investor demand.

However, one unknown in this analysis would be projects that have stalled due to falling unit values in the past few years.

If these re-commence, added supply could once again weigh down growth.

The turnaround in the supply-demand dynamic is already being seen in unit values.

Since bottoming out in June 2019, CoreLogic indices show the Brisbane unit market has recovered 2.2%.

This fits in with a more broad-based recovery, as reductions in the cash rate have reduced the cost of servicing debt, and increased incentive to purchase property.